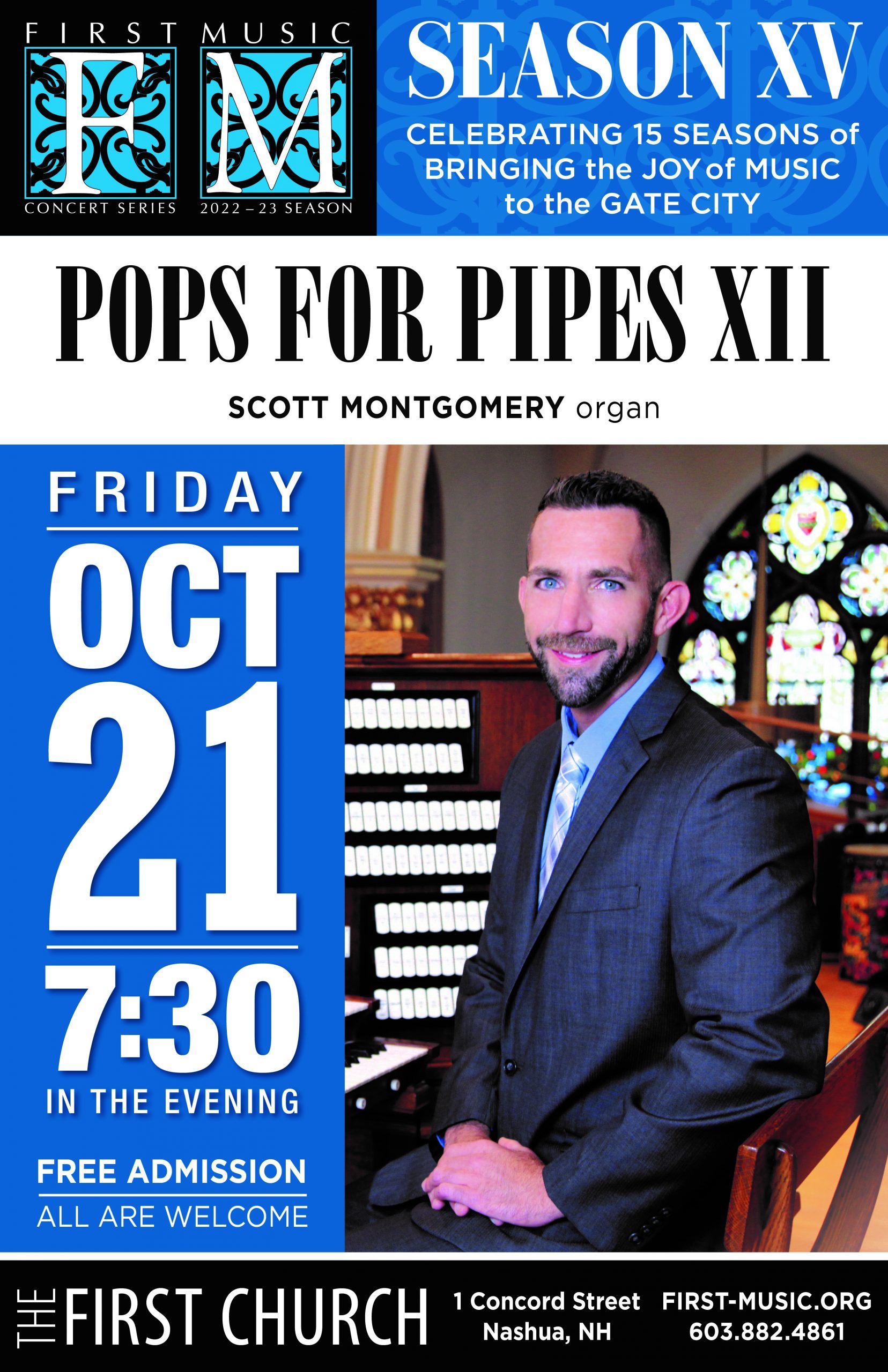 SCOTT MONTGOMERY (organ) is currently the Director of Music and Organist for Central United Methodist Church in Fayetteville, Arkansas, and a widely respected concert organist.
Mr. Montgomery became nationally recognized in 2006 by winning both the Lilian Murtagh Memorial Award (first prize) and the Audience Prize of the American Guild of Organists’ National Young Artist Competition in Organ Playing (NYACOP), the first person to win both prizes in the history of the competition. Scott is a member of the Concert Artist Cooperative, a roster of national and international concert artists. Scott has performed for both regional and national conventions for the American Guild of Organists (AGO), the Organ Historical Society (OHS), and the National Pastoral Musician Conferences (NPM). His performances have been broadcast on nationally syndicated radio programs “Pipedreams” and “With Heart and Voice.”

Mark your calendars for FRIDAY NIGHT, October 21, at 7:30pm, as FIRST MUSIC hosts this FREE opener to our 15th Season.